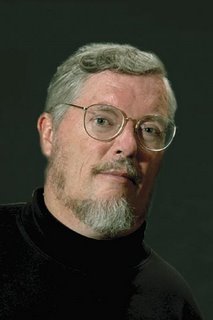 [from the press release]

The California State University this week named the five recipients of the 2006 Wang Family Excellence Awards. The winners of the $20,000 awards include Paul K. Longmore, professor of history, San Francisco State. Longmore, a well-known scholar on colonial history, also serves as the director of San Francisco State's Institute on Disabilities. He created and continues to teach a course in the history of disability minorities in America - the first course of its kind in higher education - and he is highly sought after on the national level as a commentator on disability issues.

The Wang Family Excellence Award was established in 1998 when then-CSU Trustee Stanley T. Wang provided $1 million to reward outstanding faculty and administrators over a period of ten years. The award is designed to honor CSU faculty and administrators who have distinguished themselves by exemplary contributions and achievements. This is the eighth year the awards have been given.

(The other winners were a volcanologist, the director of a marine laboratory, an educational reformer, and a calypso percussionist.)
Posted by Penny L. Richards at 6:46 PM