One of this year's newly announced batch of MacArthur Fellows is Yoky Matsuoka (b. 1971) an engineer at the University of Washington-Seattle. Matsuoka designs very high-tech anatomical models, including an intricate robotic hand, exoskeletal appliances to improve fine-motor use, and another project that uses wearable haptic devices in post-stroke therapies. 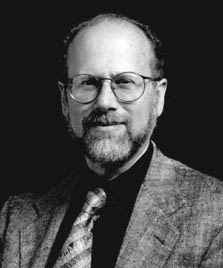 Another, Jonathan Shay (b. 1941, portrait at left), is a Boston-based psychiatrist and classicist who takes humanistic approaches to psychological injury in Vietnam (and now Gulf, Afghanistan, and Iraq) War veterans. His book titles may give a good flavor of his work: Achilles in Vietnam: Combat Trauma and the Undoing of Character (1994) and Odysseus in America: Combat Trauma and the Trials of Homecoming (2002). Shay is himself a stroke survivor who has experienced post-stroke paralysis.
Posted by Penny L. Richards at 12:28 PM

Interesting to find a disabilities studies dept so close by - I'm in Philly myself.

I'm into my fourteenth year of progressive illness, and since becoming housebound and then semi bedridden over three years ago, I've essentially had to go without medical care or adaptive assistance unless you count a nurse practitioner who comes and takes my blood pressure every few months - a requirement if I want continued access to any sort of primary care at all. (I've never had blood pressure problems.)

If a person is too fragile to be moved safely from the house, specialists will not go to the patient - we tried to get it to happen for about a year and a half before seeing it wouldn't.

The adaptations my family and I have made around the house are too unique for accomodation in any institutional setting - we inquired extensively.

While I could still get around, which was for about a decade, the best I got was several years of misdiagnosis with a rare disease I turned out not to have. NIH and Johns Hopkins couldn't figure this out.

If fact, there was never any concerted team effort to resolve my case, even long after it clearly cut across various lines of medical specialties - the health care system isn't set up to deal with something complex that would take up lots of time. We became extraordinarily proactive in our research; basically my family and I shunted me from specialist to specialist until I ran out of time.

I'm doing a series of posts right now about some of the failures of our system of health care.