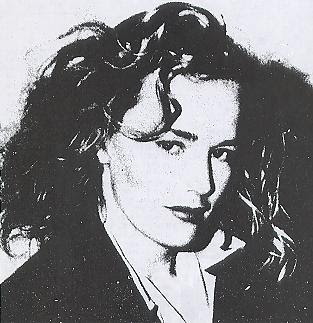 --American actress Frances Farmer, born on this date in 1913, in Seattle, Washington.

Farmer was in and out of mental hospitals for much of the 1940s. She was originally committed on the basis on erratic behavior that was caused primarily by alcoholism. I didn't realize that the most sensational later accounts of her treatment have been debunked: there is apparently no credible evidence that she was ever subjected to a lobotomy, although biographies and the film Frances (1982) depict that event as a biographical fact.
Posted by Penny L. Richards at 3:32 PM

Wow! I had no idea about the debunking, either. Amazing catalog of errors/lies you've linked to there. Really amazing, and as the author points out, so easily avoided.

And now I'm thinking about this in connection with the next carnival. The flipside of the supercrip is the sensationalized victim. Either/or seems to be the default understanding of disability in our culture, too, which naturally excludes any possibility of a sense of range or inclusiveness.

She did not in fact receive a lobotomy but was in fact subject to electroshock therapy against her will.