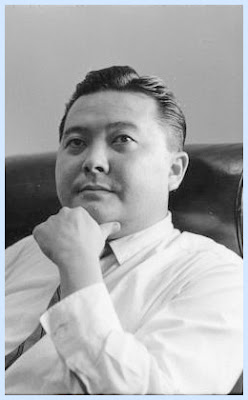 He was born to Japanese immigrant parents in Honolulu, and joined the Army in 1943; Japanese-Americans were prevented from enlisting before that year. In April 1945, his right forearm was amputated due to battlefield injuries in Italy. He met future colleague Bob Dole when both were recovering from their war injuries at an army hospital. Inouye abandoned plans for a medical career and used the GI Bill to study political science at the University of Hawaii at Manoa. The day Hawaii became a state in 1959, Inouye was sworn in as its first senator.
Posted by Penny L. Richards at 10:58 AM

Anonymous said...
This comment has been removed by a blog administrator.
1:06 PM