"Listening through the Body" in Los Angeles, 9 June

This doesn't exactly sound like my kind of music, but I figure an innovatively-accessible live performance might be worth a plug anyway. Matsui has also done concerts supporting bone marrow donation and breast cancer awareness programs, especially those working among women of color. Edited down from a local press release, with links and image added: 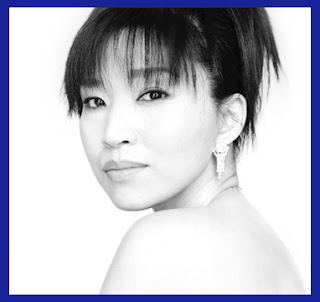 Renowned jazz pianist and composer Keiko Matsui (pictured at right), recognized as a Japanese national treasure, will perform with the Asia America Symphony Orchestra on Saturday, June 9 at 8 p.m. under the baton of Music Director and Conductor David Benoit. The concert will take place at the George and Sakaye Aratani Japan America Theatre at the Japanese American Cultural and Community Center, 244 S. San Pedro St. in the Little Tokyo area near downtown Los Angeles.

With generous funding from Pioneer Electronics (USA) Inc., the concert will feature the U.S. debut of Pioneer’s listening technology for the deaf and listening impaired. Pioneer has invited students from local universities and college campuses that are well-known for their deaf studies programs, as well as members of local advocacy groups, such as the OC Deaf Equal Access Foundation (OC DEAF) and the Greater Los Angeles Agency on Deafness (GLAD), to attend the concert free of charge to experience the music of Matsui and the Asia America Symphony Orchestra using this innovative technology.

Known as “Listening Through the Body” in Japan, Pioneer’s technology has been tested successfully and is used at leading Tokyo concert halls. It features a vibrating seat and speakers at ear level that allow users to feel the rhythms and vibrations of the musical performance. The system can be used with or without a hearing aid.

Japanese concertgoers who have used the Pioneer technology—including those who lost their hearing in adulthood—say it allows them to enjoy music. Employees at Pioneer’s headquarters in Tokyo, where concerts for the deaf and hard of hearing are held monthly, report that users of the listening system are often overcome with emotion when experiencing musical performances for the first time. For this reason, Pioneer’s dedicated and passionate sound engineers have developed and refined the listening system as a labor of love.

“As part of our ongoing commitment to the arts, and to innovations in audio technology, we are honored to partner with the Asia America Symphony Orchestra to sponsor this concert featuring Keiko Matsui,” said Tom Haga, President of Pioneer North America, Inc. and Board Member of the Asia America Symphony Association. “As we celebrate the performance of one of Japan’s best-known musical artists, we are honored that our listening technology will allow local students who are deaf and hearing impaired to enjoy her performance.”

Born in Tokyo and known for her smooth jazz compositions and piano artistry, Keiko Matsui has released more than twenty CDs with her newest, entitled Moyo (Heart and Soul), released in April 2007 by Shout Factory.

The June 9 concert will also feature works by Ravel, Copland and others. Tickets ($25-$75) are available at the symphony's website or by calling 310-377-8977. Pioneer Electronics (USA) Inc. is headquartered in Long Beach, CA.