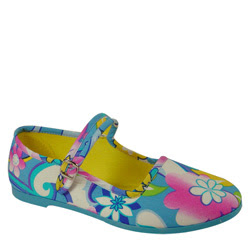 Kristina at Autism Vox tagged me--not the blog, but me personally, by name, with that infernal 8-things meme that's making the rounds. I felt a bit guilty about not responding to the several "thinking blogger" taps we got, but figured that we have a blogroll, updated often, and heavily contributing to the carnivals is my way of pointing out new and interesting bloggers that more folks should be reading.

1. I'm left-handed. My kindergarten teacher tried to switch my handedness (in 1972!), and in first grade I went to a special ed class for penmanship. I'm terrible with shoelaces and my favorite rotary cheese grater, but I still cheered when my daughter turned up a lefty.

3. I went to high school and share a surname with an astronaut--we're both P. Richards, and we both finished second in our respective classes. No relation, though. He's walked in space, I get queasy on small boats.

4. I was the sixth generation of my grandmother's family to live in the house where I grew up, built by my great-great-greats in the 1850s. Various members of the seventh generation have visited the house, slept, eaten, played, and celebrated there, but so far none has taken up residence.

6. I got my first driver's license at age 25. Reluctantly. Still not a car person, even now that I live in Los Angeles.

7. Pregnancy incapacitated me both times--learn more about hyperemesis gravidarum here--but I'm really lucky in labor: had my firstborn in 90 minutes, no drugs, no stitches. Then the fun started.

8. I own and wear more than ten pairs of maryjanes, various colors and brands. Ridiculous, sure, but they suit my big Flintstone feet. (Image above is a turquoise-floral print maryjane from On Your Feet shoes. Might wear those today.)

See, I was clearly reaching towards the end there--just not that fascinated by my own random things, I guess. Now to tag forward: hm, I think I'll just link to some fairly recent adds in our blogroll or my feeds--if they're interested in playing fine, if not, that's cool too. Tagging: Cilla at My Big Noise, Shelob at Caution Blind Driver, Paula at E. is for Epilepsy, zombierubberduckie at Life Sat Down, Penelope at Rolling Around Life, Jodi at Reimer Reason, I'll add two more later, my laptop batteries are kaput for now...
Posted by Penny L. Richards at 3:58 AM

My Dad briefly tried to switch my right-handedness! Although I wrote and drew pretty well from an early age, I held my pen funny - I still do. I don't know why, it works for me.

Unfortunately, lots of people thought this was weird and my Dad, who is left-handed, decided this might be the problem.

This phase didn't last long although I was always criticised for it, I wasn't forced to use the wrong hand or anything daft. It was just an early instance of coming across an irrational preoccupation with normality... ;-)

I just love your taste in shoes, but you probably already knew that.

Your link to the border conflict seems to be incorrect. And now I'm strangely obsessed with learning about the Connecticut/Pennsylvania skirmish.

Whoops--the link should be fixed now. If for some reason it doesn't work, google "Pennamite."

And for those keeping score at home, I wore my red/tan Born maryjanes today instead. But the floral canvas image is still more cheerful for a Monday morning.

Oh, so when I showed you those L. L. Bean shoes and insisted that you had a use for them, that was enabling? I wish I could say I was sorry, but addicts love company.

A correspondent who seems kind but who also seems to show a little too much interest in my footwear, if you know what I mean (but that might just be the internet), recently sent me a link to these shoes, among others:

And you need these because you don't have any others with see-through soles (I'm guessing).

And so just how was your trip? Wonderful I hope! We've been thinking of you - out of jealousy perhaps, but still...

The Kickers shoes look a bit like a pair of Skechers bikers I bought recently--black, with a little embroidery (and sequins, in my case). Enable away, Sara!

Connie, the trip went fine. Wheels and cobblestones, not such a fun combo, but no screws were lost, no nerves permanently jangled. We only found out afterwards that Naples is supposed to be hazardous right now--oops!

I just have to express my sympathy and solidarity with a fellow hyperemesis gravidarum sufferer... sweet merciful Christ, was that some rough stuff. Both times.

Hey Waif, sorry you've been down that road twice too. If you ever want to do peer support for women currently in HG hell, the organization I linked in this post is always looking for more women to do that. It usually just involves keeping in touch, by email or phone, answering questions honestly, being encouraging in realistic ways. Recently I was given a name in my neighborhood, so I walked over to her house to hang out, the day before she went in for TPN. I wish such a thing existed when I was in the throes of it...

Thanks for sharing your personal experience. Those shoes are looking awesome and perfect for spring/summer.