how i got into this 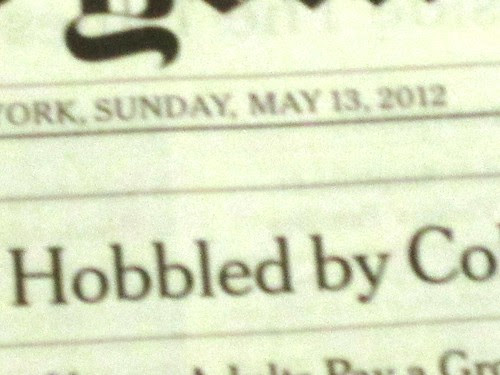 In the early 1990s while a graduate student at Penn State in the beginning stages of conducting research on and with the local disability community, I discovered The Disability Rag. A monthly news magazine edited by Mary Johnson and published by Advocado Press in Louisville, Kentucky, the "Rag" as it was affectionately known, would be sitting in the waiting area while I was visiting various Pennsylvania CILs. Once the magazine had me in its grips I found myself seeking out old copies like it was manna from heaven. Disability Rag was funny (in a sarcastic sort of way) and provocative.

While perusing its pages, I was learning a new language. The Disability Rag offered a broad perspective on the activist disability rights community and was only matched in its power by the similarly provocative Mouth. Shorted from the original title 'This Brain has a Mouth,' it was another snarky newsy that wore its message on its sleeve. Mouth's principal aim was to provoke so-called liberal-minded health and social services professionals. Disability Rag's audience was broader - it included government bureaucrats as well as budding academics such as myself.

These publications gave me the satisfaction of knowing that I wasn't entirely off base (or on remote earth orbit). Rather was the world around me that was spinning further and further off its axis.

A few years ago, I started a Flickr group for disability history images--called, cleverly enough, Disability History.  Today it contains over 200 images contributed from libraries and personal collections, including images of family life, activism, art, technology, war--all topics I was hoping it might address.  It's true that most of them are black-and-white, or rather that warm sepia tone that makes the past look maybe a little rosier than it should.  But some are in color, because history didn't stop with the invention of color film, and indeed, history is still happening.  I certainly welcome contributions to the growing collection of recent disability history images there--we could especially use more images from non-US/UK contexts.  Here's a sampling of the generous additions so far, by the Flickr users credited in each caption: