This conference seeks to explore all aspects of disability studies as generated by emerging scholars. We are particularly interested in papers that promote the understanding of social models of disability which emphasize cultures, histories, discursivity, philosophy, art, politics, geographies, & identities of diverse people & communities. We encourage submissions from a variety of disciplines and methodologies.

Keynote by Nirmala Erevelles, Ph.D., “The Color of Violence: Towards a Transnational Feminist Disability Studies Perspective”
This conference is dedicated to the memory and work of Chris Bell

The conference is free and open to the public; everyone—students, faculty, staff, and community members are encouraged to attend.

Conference submissions: all proposals should be no more than 500 words. In addition, please include title of paper or panel, authors’ names, affiliations, and contact information. Submissions should be sent electronically to Ashley Taylor at astaylor@syr.edu by August 1, 2010.
Please inform the organizing committee of any accommodation needs at the address above.

Disability Blog Carnival #67 is up NOW!

It's a big busy summer carnival this time, so settle in with a beverage and plan to spend a while. Dave Hingsburger has assembled more than two dozen links, most of them in response to his call for bloggers to submit their OWN best post (not the most popular, not the most commented, but the one that they're most proud of). Thanks again to all who host, contribute to, read, link, and comment around the Disability Blog Carnival each month. It's gotta be a community effort, or there's no carnival.

And speaking of thanks and the carnival--we have a FULL slate of hosts for the next six months! See the post before this one for ALL the details so far. I'll periodically be updating the schedule and alerting DSTU readers to any changes, so stay tuned and plan to be a part of some fine carnivals in the second half of 2010.
Posted by Penny L. Richards at 8:09 PM 1 comment:

So I think this will be the lineup of hosts for the upcoming Disability Blog Carnivals. I'm working from the comments stream in my last post about the Carnival. People often volunteer to host without giving me any way to contact them by email, so it could take a while to confirm everyone here, and of course things can always change, no matter how much we all try to stick to a plan. But I think this might be close to how things play out:

If you're listed above, please confirm to me that your assigned month will work, and email me an address that I can use to communicate with you. If you're not listed above, and you like the Disability Blog Carnival, join me in thanking those who have volunteered to carry the next five months' editions, and think about whether you might like to take a month in 2011.
Posted by Penny L. Richards at 12:15 PM 9 comments:

HKMB: Seven Blind Women in History who were not HK

[Visual description: Photograph of a Rose Parade float in Pasadena, 2009, sponsored by the Lions Club, featuring a large framed image of Helen Keller and Anne Sullivan, with many many flowers below and "The Miracle Workers" as the caption; taken by me]

As I said when we announced we'd be participating in the Helen Keller Mythbusting Blogswarm, we've already done some mythbusting posts about Helen Keller here at DSTU. But another invitation in the blogswarm call suggests bloggers write about other historical women with disabilities, so that the Helen Keller story has more context. Helen Keller was unique, like any individual is, but she was obviously not the only blind woman to do anything interesting, ever, anywhere.

So here are seven more historical names for starters, all but one of them born before Helen Keller. No living women included, just to keep it historical. And I know other people will write about Anne Sullivan and Laura Bridgman for this event, so I skipped them too. I wish the list was more diverse--mostly English speakers here, and a cluster of musicians--but it's a start and I hope others will add to it.

1. Matilda Ann "Tilly" Aston (1873-1947) was a blind writer and teacher in Australia, founder of the Victorian Association of Braille Writers, and of the Association for the Advancement of the Blind. She is considered the first blind student enrolled at an Australian university. In addition to her writing and literacy work, she campaigned successfully for voting rights and public transit access for blind Australians. Aston edited a Braille magazine for many years, and was an enthusiastic correspondent in Esperanto.

2. Elizabeth M. M. Gilbert (1826-1885) was an Englishwoman who campaigned for blind education and employment. Her father was a college principal and bishop, and Elizabeth (blind from age 3) was educated in languages along with her seven sisters. With an inheritance to support herself, she founded the Association for Promoting the General Welfare of the Blind, and helped to found the Royal National College for the Blind. She also lobbied for the 1870 Education Act.

3. Fanny Crosby (1820-1915) was an American hymn writer, credited with writing over 8000 hymns (many under pseudonyms). She started as a student at the New York Institute for the Blind, and stayed on as a teacher of rhetoric and history. She had to resign at 38 when she married a fellow NYIB alumnus. Crosby played one of her own compositions at the funeral of President Grant in 1885. Said Crosby, "If perfect earthly sight were offered me tomorrow I would not accept it."

4. Frances Browne (1816-1879) was an Irish writer, blind from infancy. She began publishing poetry in her twenties, and succeeded well enough to move to London by 1852. She is best known for her children's book, Granny's Wonderful Chair and Its Tales of Fairy Times, but she also wrote three novels in the 1860s.

5. Charlotta Seuerling (1782?-1828) was a Swedish composer, writer, and musician. Charlotta's parents were both theatre professionals, so Charlotta had plenty of access to music as a child, and plenty of travel experiences too. When Per Aron Borg opened his Stockholm school for blind and deaf students in 1808, Charlotta was his first student, and her musical exhibitions were popular fundraisers. Charlotta Seuerling went on to help found the Institute for the Blind in St. Petersburg.

6. Maria Theresia von Paradis (1759-1824) was an Austrian composer and musician, a contemporary of Mozart's. She began performing as a teenager, singing and playing organ and piano. She commissioned works by Salieri, Mozart, and Haydn, and gave concerts in London, Paris, Frankfurt, Prague, and other major European cities. Maria Theresia von Paradis is credited with helping Valentine Haüy establish the first school for the blind in Paris in 1785. She also taught singing, piano and theory at her own music school for girls in Vienna.

7. Mary Mitchell (1893-1973) was a successful Australian writer who became blind in midlife. Faced with rapidly diminishing vision, she learned to type on a typewriter and use a dictaphone, and wrote eight more novels with them. Mitchell was vice-president of the Braille Library of Victoria. She also wrote Uncharted Country (1963), about the practical aspects of living with blindness.

January 23 to be designated Ed Roberts Day in California?

I've mentioned before that I find the CDCAN email updates from Marty Omoto invaluable for following what's happening in our state capital that might affect Californians with disabilities (and my own family in that). Of course, lately it's been a lot of frustrating and frightening news about cut programs and languishing bills. So this morning's update was a nice change from all that....

"SB 1256, a bill that would honor every year the life and work of revered disability rights leader Ed Roberts, recognized across the world as the 'father of the independent living movement' for people with disabilities and special needs will be heard in the Assembly Education Committee Wednesday afternoon...SB1256...has already cleared the State Senate without any opposition voted... SB 1256 would provide that the Governor proclaim January 23 of each year as 'Ed Roberts Day,' would designate that date as having 'special significance' in public schools and educational institutions, and would encourage those entities to conduct suitable commemorative exercises on that date, remembering his life, recognizing his accomplishments as well as the accomplishments of other Californians with disabilities. The legislation could pass out of the Assembly and be sent to the Governor near the 2oth anniversary of the passage and enactment of the landmark federal Americans with Disabilities Act (ADA)."

Now, naming a day for Ed Roberts won't enforce any neglected accessibility laws, or improve Medi-Cal coverage, or keep anyone from using ableist language. But maybe schools will invite disabled performers to lead the celebration; maybe scout troops will learn to build good ramps or install clear signage on the day; maybe newspapers will seek out community activists for soundbites or more; maybe maybe maybe.
Posted by Penny L. Richards at 9:22 AM 1 comment: 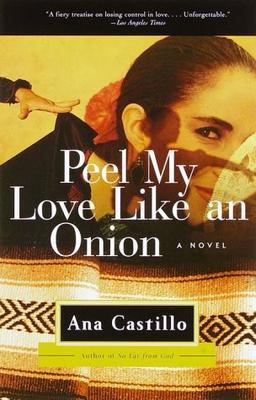 Out of the Box, the blog for the London School of Economics Archives, announced recently that they've completed further cataloguing in the Hall Carpenter Archives, a collection of materials related to the history of gay activism in Britain. Among the items of ephemera they chose to highlight the holdings is this cover from the Winter 1983 issue of the Gay Men's Disabled Group newsletter:

Looks like they have eight consecutive issues of this newsletter, from 1982-1985, available at LSE Archives, if you're looking for a primary source to spur or enhance a disability history project. Community materials like this are often a goldmine, and also too often lost ("it's just a newsletter").
Posted by Penny L. Richards at 1:08 PM 3 comments:

Keeping Helen Company in Statuary Hall
(was Helen Keller's statue the first showing a person with a disability in the US Capitol's Statuary Hall? No, not really)

Mook-Badhir
(Is there a Bollywood version of the Keller/Sullivan story, in which Teacher is an older male and Helen is a gorgeous twenty-something woman, and everyone sings? Yes there is!)

Join in the mythbusting fun! Note that you don't have to write about HK to participate; Anna suggests that some bloggers might want to "bust the myth that the only women with disabilities doing anything of interest in the nineteenth and twentieth centuries were white women from the US!"
Posted by Penny L. Richards at 10:42 AM 2 comments: