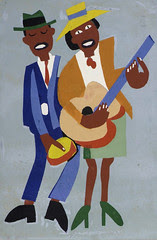 Thank you so much for the post, Penny. I didn't know that about Johnson.