Two weeks late--but I did the podcast roundup in the meantime, and this roundup is timed just right to coincide with my own first anniversary as a blogger, here or anywhere. Thanks for the invite, Mike, this has been a fun year. 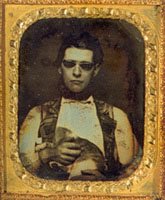 It's not Disability History Week yet (that's the third week in October, if you live in West Virginia, and maybe soon in Florida, too), but there have been several historical posts on disability recently. Teri of Crip Chronicles has a review of Moloka'i, a recent historical novel, and another post that matches up the history of the Hawai'ian island designated for "lepers" with models in disability history. Andrew Eglinton at Desperate Curiosity has an amazing long post on the history of a Japanese dance company, Taihen, where the core company members are mostly people with CP or polio, and its links to the anti-eugenic Blue Grass Group in the 1960s. Great images, too.

In the department of terminology and just plain bad vocabulary choices: Kristina at Autism Vox is startled to find a writer who refers to his son, even casually, as a "dud"; Mary Johnson, Damon Rose, and Agent Fang caught the Tiger Woods' "spaz" comment (getting way more coverage in the UK than in the US--be sure to also read Rose's tale of how his column on the Woods story quadrupled hits on the Ouch! site this week, and brought a flood of emails). Eeka duked it out with an obnoxious real-estate agent whose describes a Boston neighborhood as full of "crazy people", a term he later clarified to mean "nutjobs." Nice. Diary of a Goldfish tries to help, with a Brief Guide to the Language of Disability (in which some US/UK differences are acknowledged). And Scott Rains rounds up recent articles on universal design--which, he notes, many confuse with accessible design, or visitability.

Going somewhat beyond vocabulary, three ill-conceived fundraising letters have Kristina "I'm not devastated" Chew and Steve "Overachiever?" Drake feeling misunderstood and misrepresented by the very folks who are supposed to be understanding and advocating; Shawn questions the definite article and period in the ASA slogan, "The Voice of Autism." --it seem to claim there's only one voice for such a complex community. Beyond vocabulary entirely: filmmaker Morgan Spurlock's insulting comments at a school assembly, and his unconvincing apology, caught the eye of Liz Spikol (and Mary Johnson too).

Angry Gimp is seriously angry again--this time about some deeper-than-the-bone cuts in Florida's Medicaid programs. But Darrell and Karen at Blind Access Journal are celebrating: Google's about to roll out audio CAPTCHA as an alternative to the word-verification system that's inaccessible to many blind users. (Kestrell warns, however, that just because there's a button that says "visually impaired click here" doesn't mean anything's going to happen if you try it.) Katja is less-than-impressed by the parking access at a fundraising event, where she was assured by email that "If yourself or any of your guests have trouble walking up the hill you can drive up the driveway right next to the parking lot and drop people off at the door." Great, she says, except... yes, it's true... some people who can't walk uphill actually drive themselves to fundraising events. 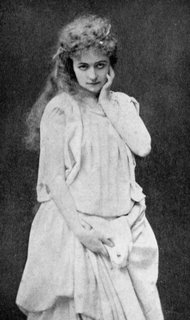 Making lists: Shawn has a great list of "Special Interests I have Known" as the father of two boys; another parent, Estee Klar, has a list of suggestions for friends who mean well but have no idea how to be helpful; a drama lecturer takes a quick stab at listing Disabled Characters in Shakespeare (leaving off Ophelia--so it's obviously not an exhaustive list, just a start). Ziggi has a fine essay on the difference between a wheelchair and a Ferrari--they'll both need repairs eventually, but the wheelchair owner has a way uglier time of it--Ziggi lists the reasons. Sarah shares her hard-won knowledge in Twelve Tips on How to Survive a National ADAPT Action --including clues on when to chant, what to pack, and how to be arrested. (Meanwhile, on the subject of ADAPT actions, Kevin at Chaironwheels respectfully disagrees with their recent traffic-blocking in Nashville, territory he knows well.)

Did you travel for spring break? Agent Fang has a suggestion for hotel brochure makers: Show Us the Toilet. Darren Hillock reminds you cruise planners to keep your disabilities "reasonable," as suggested by a newspaper columnist. Urville isn't a real place you can travel to, but it's been rendered in extraordinary detail by its creator, Giles Trehin, notes Autism Diva.

More: I'm not the only one who enjoyed the BBC Ouch Disability Podcast: Katie has a belated valentine to Damon Rose posted at Personal Eye View. Teacher-blogger Squaregirl had a killer post in March about Presuming Ability. Gallaudet has three finalists for its next president, you can read more about them at DeafDC. Mary Johnson is on the lookout for an enlightened sports-section story about horse trainer Dan Hendricks--points deducted for each cliche.

Finally, mark your calendars: Blogging Against Disablism Day has been declared for May 1, notes Damon (link above), Stella, Attila the Mom, Marmiteboy, Lady Bracknell, Rebecca, and the idea's originator, the Goldfish. You've got two weeks, so join in and make it good; remember, as Lady Bracknell points out, "one does not have to be disabled oneself in order to be opposed to discrimination against disabled people." The next Disability Blogs Roundup here should be mid-May, sometime after Mother's Day (in the US).
Posted by Penny L. Richards at 12:24 PM

Penny, I've really enjoyed following the expansion of this blog over the past year. Let's keep up the good work, and encourage others to consider joining us as co-editors. Mike